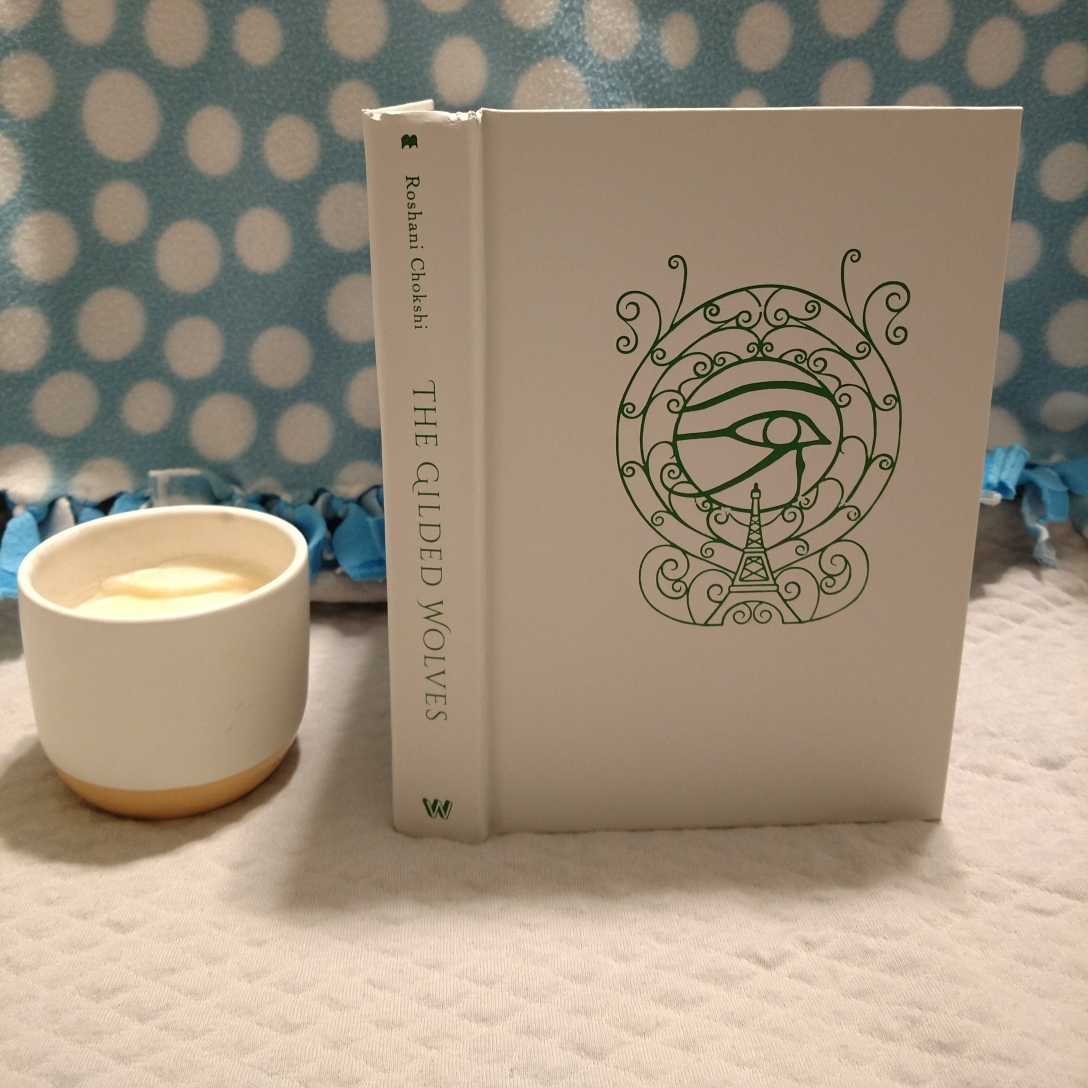 I couldn’t help but compare The Gilded Wolves to Six of Crows by Leigh Bardugo. The heist plotline and the similarities in the gang of characters made it impossible. Prepare for a long review; I have a lot to say about this book!

The Gilded Wolves is packed with detailed information. The story is set in an alternative 1889 Paris in which certain people can Forge, or magically manipulate objects, metals, and/or plants, etc. I have to admit Paris is not one of my favorite cities, but I really enjoyed the setting for the book. Chokshi did a great job of exploring the city’s history, both the good and the bad, and I thought she described the city well. Her descriptions of the Eiffel Tower, mostly from Zofia’s point of view, were unique and interesting.

I enjoyed reading the snippets of Séverin’s past. Overall, Zofia was my favorite character because of her uniqueness. Plus, it was refreshing to read about a woman scientist and mathematician.

This book is an interesting mix of history, science, and mythology. I really enjoyed the mythology, as the book explored Greek, Roman, and Egyptian mythology. I loved the diversity of the characters; it painted a more accurate portrayal of Paris in 1889 and helped give the characters unique backgrounds and perspectives. I also enjoyed Chokshi’s descriptions and appreciated that she tackled themes of racism, prejudice, and identity.

Though the voices of the characters were each distinct, I only really started caring about Zofia and Enrique once I reached the halfway point of the book. They felt the most real to me. There was a death at the end of the book, and, unfortunately, I didn’t find myself caring about it as much as I wanted to.

I wasn’t really a fan of Hypnos. Though I appreciated the diversity his character brought, he felt like a stereotypical gay character to me, and I had a hard time understanding his motives and his character.

Though I loved the blend of topics, sometimes this book felt more sci-fi to me than historical fantasy. I also felt like the book wasn’t as deep as I wanted it to be. I almost wish Chokshi will write a prequel to this; a lot of events happened before the start of this book.

I have to mention that it took me a while to get into the story. The beginning was a little too chaotic, and I found myself having to re-read paragraphs to make sure I understood what was happening. The Order confused me. I also felt like the climax of the book was a bit rushed. Though I enjoyed Chokshi’s writing style, the overabundance of adverbs irritated me (that’s my English major coming out!) “‘You lied to me,’ she said loudly.” “‘Ready?’ she said brightly.” “‘I know,’ said Hypnos solemnly.”

Despite my issues with the book, I did enjoy reading it, so. . .