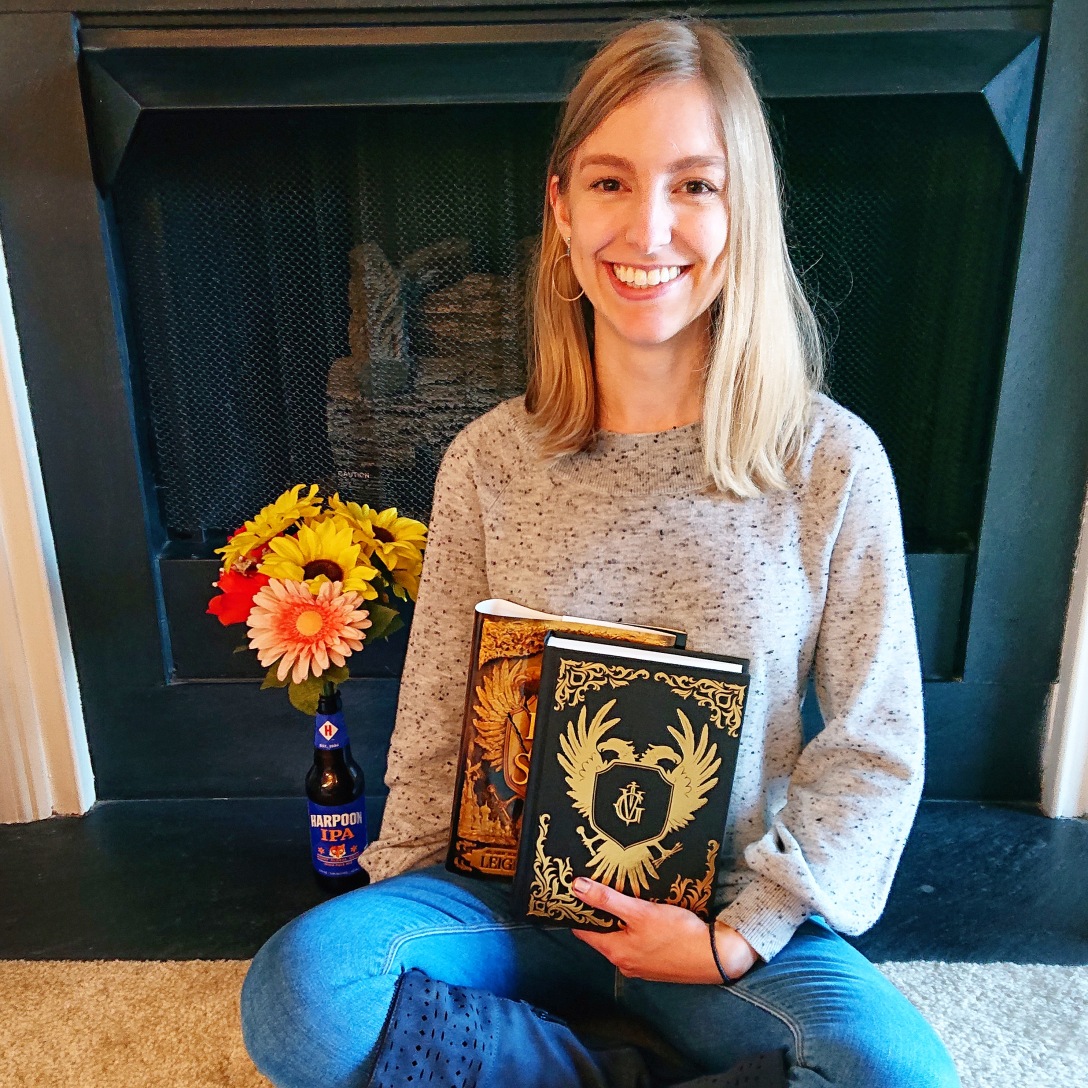 I loved the first half of this book. I loved Nikolai’s internal (and sometimes external) battle within himself. I enjoyed learning more about Zoya: her past, her innermost feelings, her motivations. And at first, I rejoiced in Nina’s chapters, especially after her ending in Crooked Kingdom.

King of Scars is told in third person from various perspectives, including Nikolai, Zoya, Nina, and a man named Isaak. I’m glad Bardugo decided on third person, as I think it worked perfectly for the world in Six of Crows, and ultimately served a better purpose than the first person of the Shadow and Bone Trilogy.

I enjoyed the masterful worldbuilding and name dropping of characters from previous books. Bardugo has really cemented the Grishaverse. And I really enjoyed how the plot was building. However, the second half started to meander. Zoya ended up being the primary character, rather than Nikolai himself. The book’s title is literally Nikolai’s nickname, and yet he sometimes gets lost in the sea of other characters.

I honestly wanted to skip over Isaak’s chapters; I felt like his information could have been revealed later and it would have served the book better, even if the the reader wouldn’t get to know him as a character. But I really just didn’t care about him.

Nina’s chapters began to feel drawn out. As much as I enjoy her as a character, I found myself wanting to stay with Zoya and Nikolai’s storylines. I almost wanted Nina’s chapters to be separated from the rest of the story, maybe as its own short book.

My primary concern, besides Nikolai not being as center stage as I wanted him to be, was where the plot ended up. It was building up to such a great place, but then the ending ruined it for me. I’ll avoid spoilers here and go more into that below.

This book definitely felt like a follow-up to the Shadow of Bone trilogy, which I didn’t like nearly as much as the Six of Crows duology. I was hoping for more of a Six of Crows feel, with the masterfully crafted plot and characters. I just wish the book had only switched in POV from Nikolai to Zoya and that the plot was…different. Even with my mixed feelings, I still love the characters and Bardugo’s world, and I flew through this book.

The first half of the book: 5 stars. Second half: 3 stars

I felt like most of the plot reveals in the second half of the book were a little too coincidental. Hanne just happens to be the daughter of Brum? The Saints just happen to be alive with the answers to a greater power for Zoya? And the biggest of all: the Darkling’s comeback. It felt like a cop-out to me. I wanted something as equally as dark to be the main antagonist, but I wanted something different. The Darkling’s story was supposed to be over. With all the tumultuous politics going on, I just felt like the ending could’ve gone in a different and better direction.

Time for a book haul! I ran to Target last night (in the pouring rain) because I needed cookie dough ice cream.

I told myself I was only going to read library books for a while, but both King of Scars and Pachinko were 20% off. Whoops!

These are two of my highly antipcated reads and I can’t wait to crack them open, after I’ve finished my library books, of course.

Alexis: The little snow that we got turned into mush and then rain, so I was able to get my library books! Here’s a library haul part 2.

For a change of pace, I’m intersecting my fantasy reads with some different genres! Even though I love fantasy and YA fantasy, I’m tired of the same tropes being recycled (I’m looking at you, love triangle). Sometimes I need to take a break and read something different.

I’ve dedicated this past week to reading the first two books in the Shadow and Bone Trilogy, and hopefully I can get the last book from the library next week!

I read the Six of Crows Duology last year and I absolutely loved it, so I was looking forward to reading the first books in Bardugo’s Grishaverse.

I seem to agree with everyone else (at least on Goodreads) that the second book in the trilogy is better than the first. I was surprised to find that the first book relied on some tropes, the most prevalent of which is the love triangle. However, I thought that Shadow and Bone did a great job when it came to worldbuilding and introducing the Grisha’s powers.

The second book’s plot is much more intricate than the first. It honestly reminds me of The Hunger Games. Politics come into play, and Alina starts to become a powerful symbol of hope. I enjoyed the new characters that were introduced, but I felt like Mal’s character wasn’t as strong as he was in the first book. However, Bardugo’s keen sense of humor comes out more in the second book.

One of the biggest issues I have with the two books is the way that male characters interact with Alina, which, unfortunately, only gets worse in Siege and Storm. Multiple male characters touch and kiss Alina without her consent, and the way the Darkling interacts with her makes me sick. In Siege and Storm, no one respects that Alina and Mal are in a relationship, and she gets kissed and even gets marriage proposals. I understood all of this happens for plot reasons, but here Alina is, in a different love triangle than in the first book, and she even enjoys the attention from Nikolai.

I feel like I say this in every review, but despite my issues with the books, I did enjoy reading them. I love the Grishaverse and I’m interested to see where the third book goes. I just can’t help comparing this series to the Six of Crows Duology. It’s interesting to see how much Bardugo’s writing has evolved.

Library haul time! These are some of my most anticipated reads on my #tbr list.

Anna and I went to a coffee shop and got some work and writing done today. And then we went to Ulta, my second favorite store after Barnes and Noble.

I’m starting with In the Midst of Winter since it’s currently 28 degrees outside and dropping! I’ve always loved Isabel Allende’s writing style and I’m enjoying the beginning of the book.