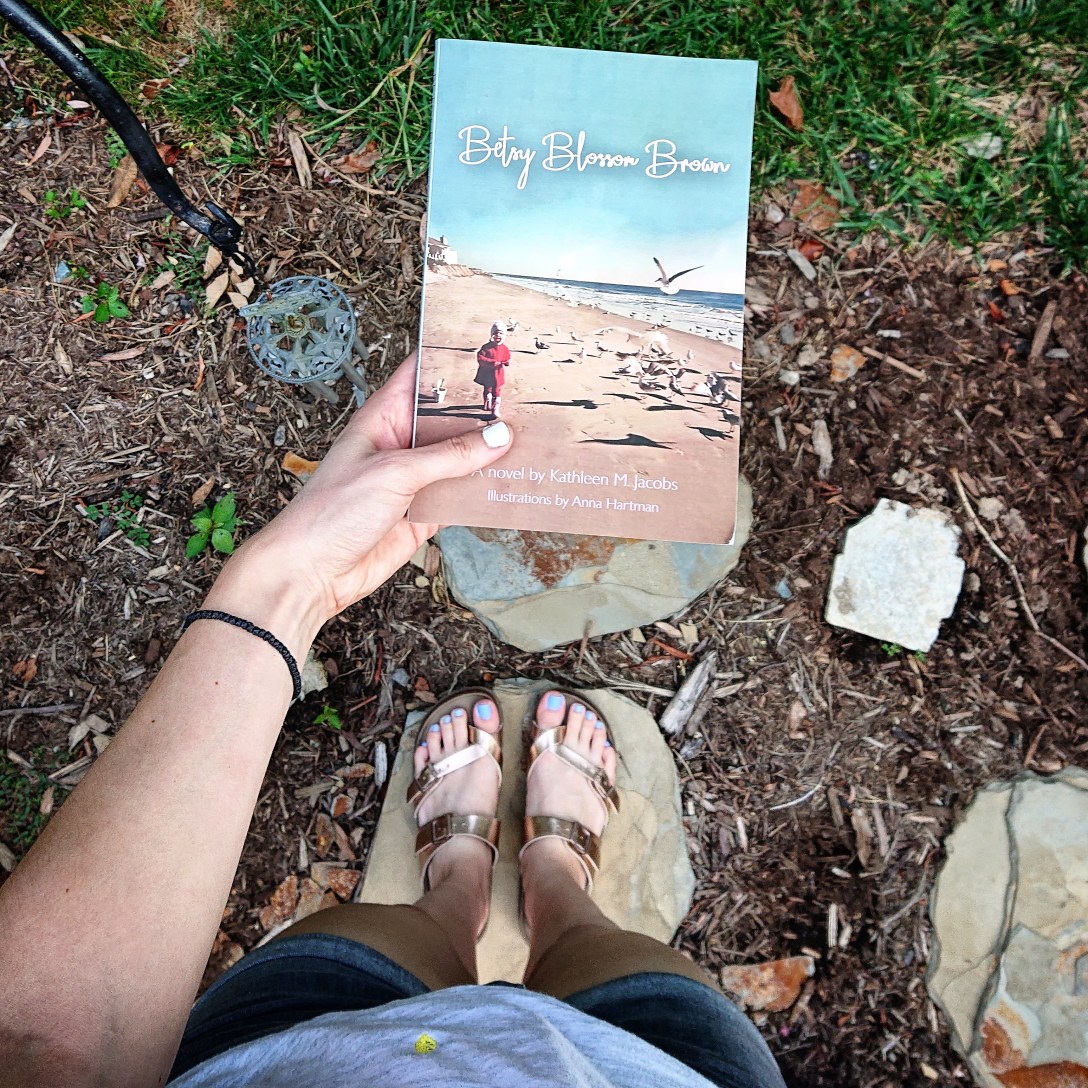 Thanks so much to Kathleen M. Jacobs for sending me her book! Jacobs has a gift for writing details, and vividly describing colors and clothes that create a vintage atmosphere and a Southern setting.

However, there are two big issues that kept me from being fully absorbed in the story: the POV randomly switches between first person and third person, and the name “Betsy Blossom Brown” was thrown around a little too often.

To address the first issue, it happens so often in Betsy Blossom Brown that it made me confused. Even in the first couple of pages, one paragraph says, “‘But I don’t understand,’ Betsy winced.” And five paragraphs later begins with, “I turned each side of my hair behind my ears…” At first, I thought this was a characterization of Besty, that maybe she sometimes referred to herself in third person. But then I remembered that this was a minor problem in Honeysuckle Holiday.

As for Betsy’s name, it is a great Southern name, and makes for a great book title. However, I think the amount of times the repetition of her full name was repeated throughout the story lessened the magic of her name.

That being said, I thought Jacobs did a great job of talking about and depicting Betsy’s Aspberger’s. Not many works of fiction deal with Aspberger’s, so I found this to be refreshing and enlightening. The story was character-driven, and I found Betsy’s character to be quirky and interesting.

The writing in Betsy Blossom Brown is full of beautiful imagery, including vivid colors and clothing, that set up a coming-of-age story in a beautiful and nostalgic Southern setting. Jacobs writes in a conversational style that works well for her characters. However, I preferred the storyline in Honeysuckle Holiday, which I also found to be more cohesive.