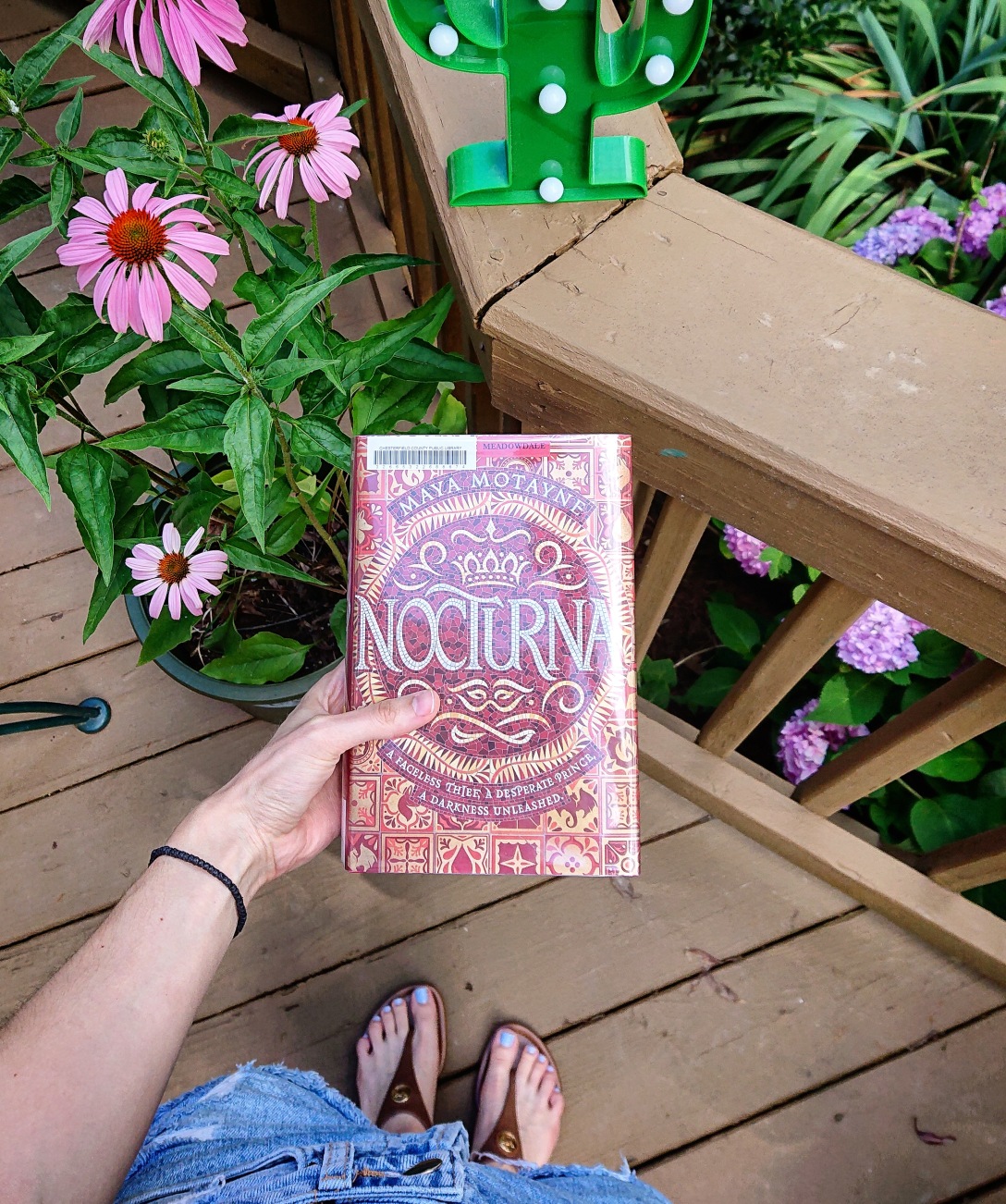 I hate to say this, but I didn’t love Nocturna by Maya Motayne. However, Nocturna gave me a great writing idea, and Motayne even responded to me on Twitter! She’s super sweet and I think she has a lot of promise.

Nocturna has a great set up: a prince and a girl who can steal faces team together in a Latin-inspired world.

But here’s the thing: I’ve read this book before. Maybe not specifically this book, but all of the elements that tie it together. I found the magic system to be pretty generic: a mix of bending from Avatar: The Last Airbender and the magic from Harry Potter, only with Spanish verbs instead of Latin.

I’ve also read this plot over and over. Alfie, the prince, releases a darkness in order to save his best friend and vows to fix his wrongdoing to save his kingdom from destruction. He and Finn, the face stealer, team up in order to break a girl out of prison to help them.

My other biggest issue with the book is that it’s too “tell-y.” You know, the “show don’t tell rule.” Well, unfortunately, the first half of the book tells way too much. The dialogue sounds stilted because every character talks in chunks of exposition. While the beginning of the book was promising, the book starts to drag pretty quickly. At least 100 pages could’ve been cut from the book to make the plot flow faster.

The dialogue got better as the book went on, but it still wasn’t great. I think “quipped” is now my least favorite dialogue tag.

I also think that “maldito,” or “damned” in Spanish, was really overused.

I liked Alfie as a character, but other than that, I had a really hard time caring about the characters. For that reason, I found myself skimming the last ¼ of the book.

Unfortunately, this book wasn’t for me. But I have high hopes for Motayne, and I hope she grows as a writer for the next book in the series.