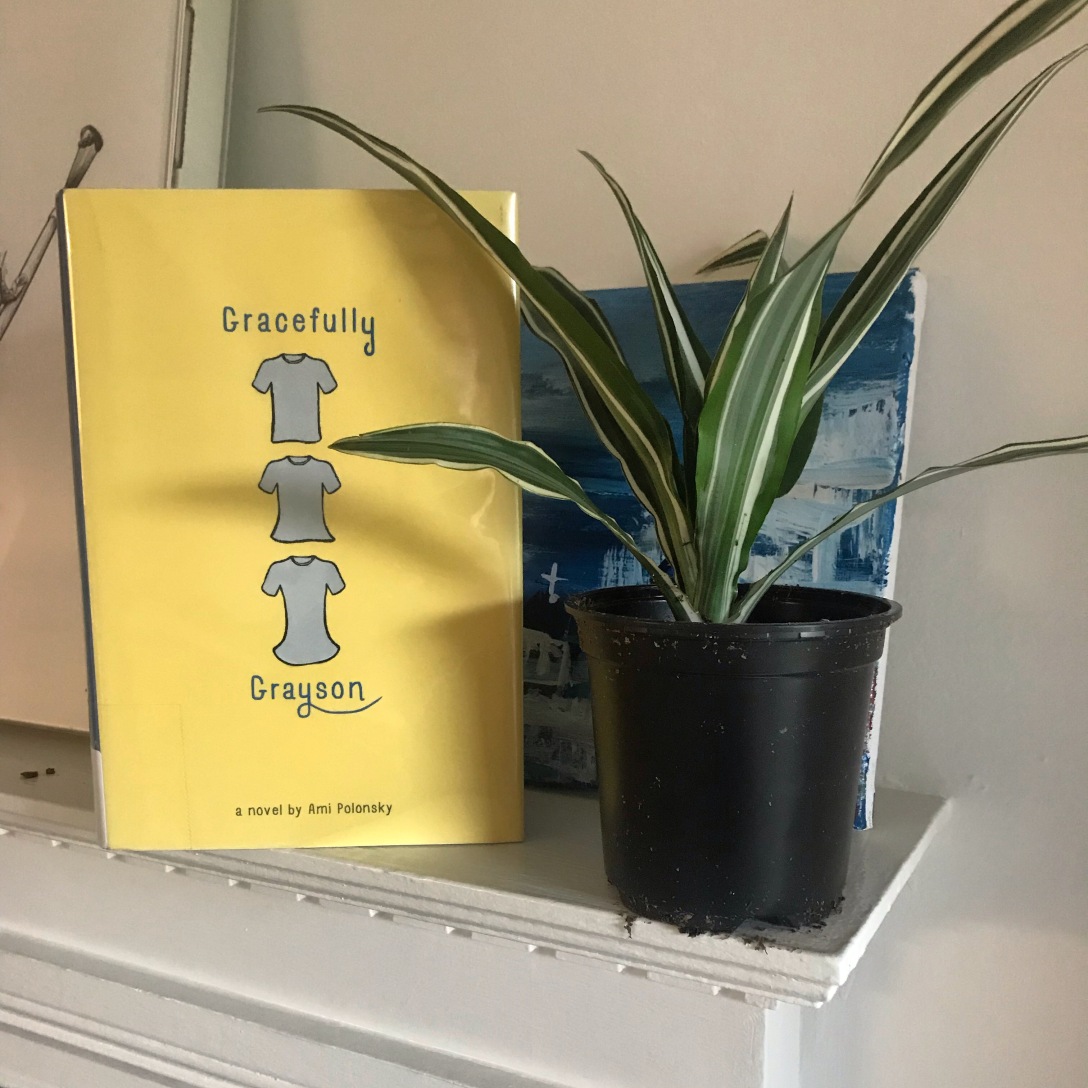 Gracefully Grayson is a great example of the magic of middle grade fiction. Grayson’s parents died in a traumatic car crash, and he now lives with his aunt and uncle and cousins. Grayson has always wanted to be a girl. He knows that acting this way means getting in trouble and getting bullied, so he just daydreams. That is, until he tries out for the part of Persephone, the lead part in the school play.

This book is heartbreaking because Grayson feels lost both in his gender identity and an outsider in his adopted family. Grayson is caught between many adults who believe they are acting with his best interests in heart. When Grayson’s teacher, Mr. Finn, casts Grayson as the lead female role in the play, his Aunt Sally thinks Mr. Finn overstepped his boundaries. In their own household, Uncle Evan disagrees with his wife’s actions, and hints that Grayson’s aunt and uncle might know more about Grayson than they let on. There are lots of opinions from the adults in Grayson’s life about who he should be, which made me think critically about a parent’s role in their children’s identity.

At the end of the book Grayson is still using female gender pronouns, but wears clothes meant for girls. I can’t speak from experience of course, but I think this is a believable account of a young transgender child’s journey. I say this because I also recently read George by Alex Grino and it had hardly any conflict. Everyone was instantly accepting of George and her transition, which is great, but didn’t feel realistic.

This book is everything beautiful about middle grade fiction and more. Grayson faces bullying, he’s outcast by a friend, and he’s ridiculed for his identity. The end of the book also doesn’t wrap everything up perfectly but points Grayson in a hopeful direction, which I think is important in middle grade fiction for a slightly older audience, like this one.