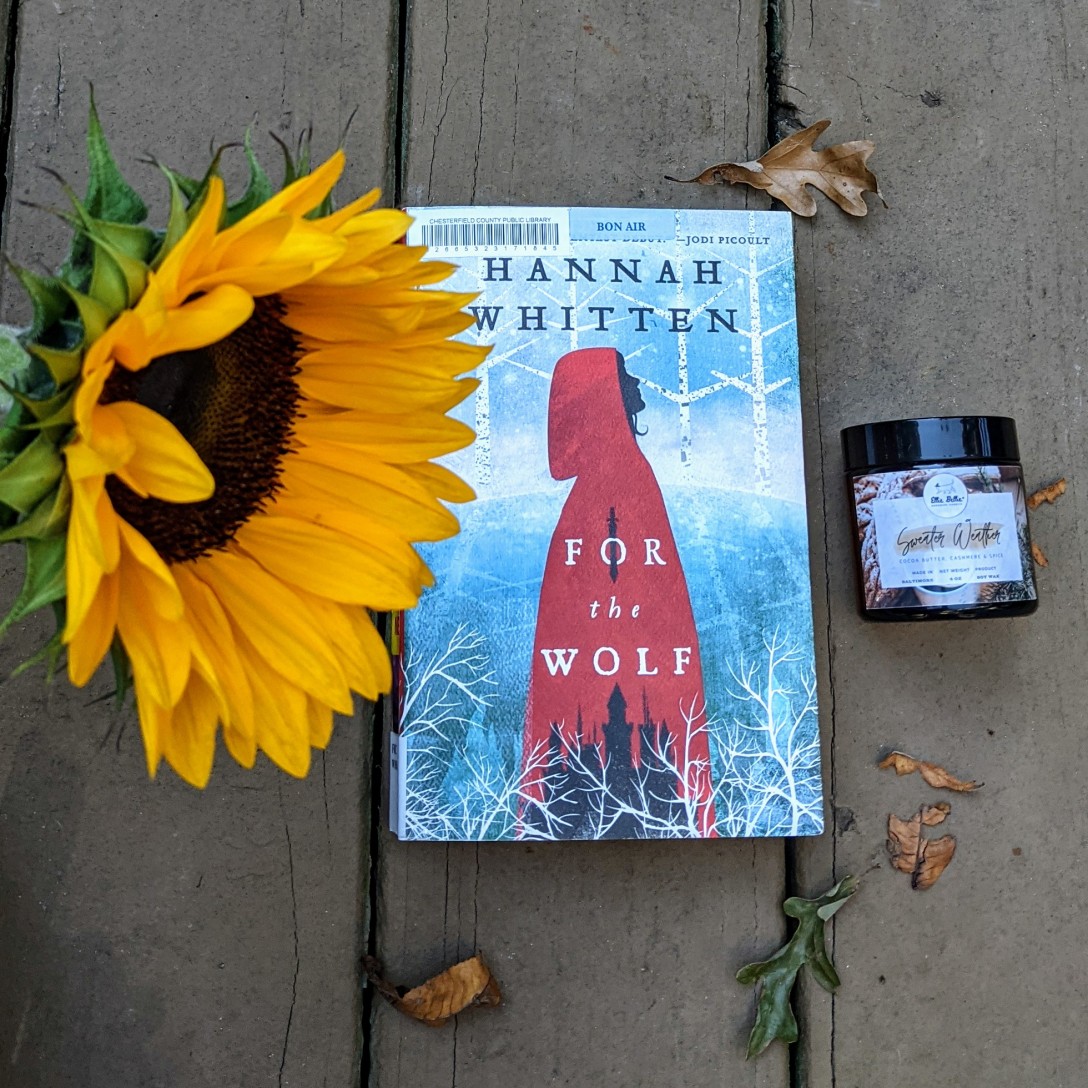 For the Wolf has a lot in common with Lakesedge:

✔️A self-sacrificing man who is seen as a monster to the outside world, but who is only trying to control the environment around him—the environment that is also a part of him

Which of course means that I loved it! I’m always, always a sucker for an atmospheric read with lyrical writing and creepy woods. And this book has so many depictions of dark woods come alive with earthy magic.

Although For the Wolf is being marketed as YA fantasy for some reason, I would describe it as a new adult, romantic fantasy, as Red, the main character, and her twin sister, Neve, are twenty-years-old.

Red is the Second Daughter of the Queen of Valleydan, which means that she must be sacrificed to the Wolf of the Wilderwood. She’s been told all her life that the Wolf is a monster who is keeping the world’s captured gods from returning. But when she finally meets the Wolf, a man named Eammon, she realizes that what she’s been told is a lie. Meanwhile, stuck as the Princess, Neve, the First Daughter, is doing everything in her power to get Red back from the Wolf, even if it means upending her own world.

As much as I loved this book, I will admit some flaws I noticed while I was reading. While Lakesedge’s magic and worldbuilding is clear, For the Wolf’s worldbuilding is a little hazy. I enjoy slow-paced books, but a lot of answers about the magic system came a little late. We also get short chapters, called Interludes, from Neve’s perspective. And I’ll be honest: I wasn’t really interested in her chapters. However, based on the ending, I think her POV will work well in the sequel.

While the romance is very similar to that in Lakesedge, I do think it was more fleshed-out and better written in For the Wolf.

All in all, if you liked similar books, such as Uprooted and The Wolf and the Woodsman, then you might enjoy this one, too! 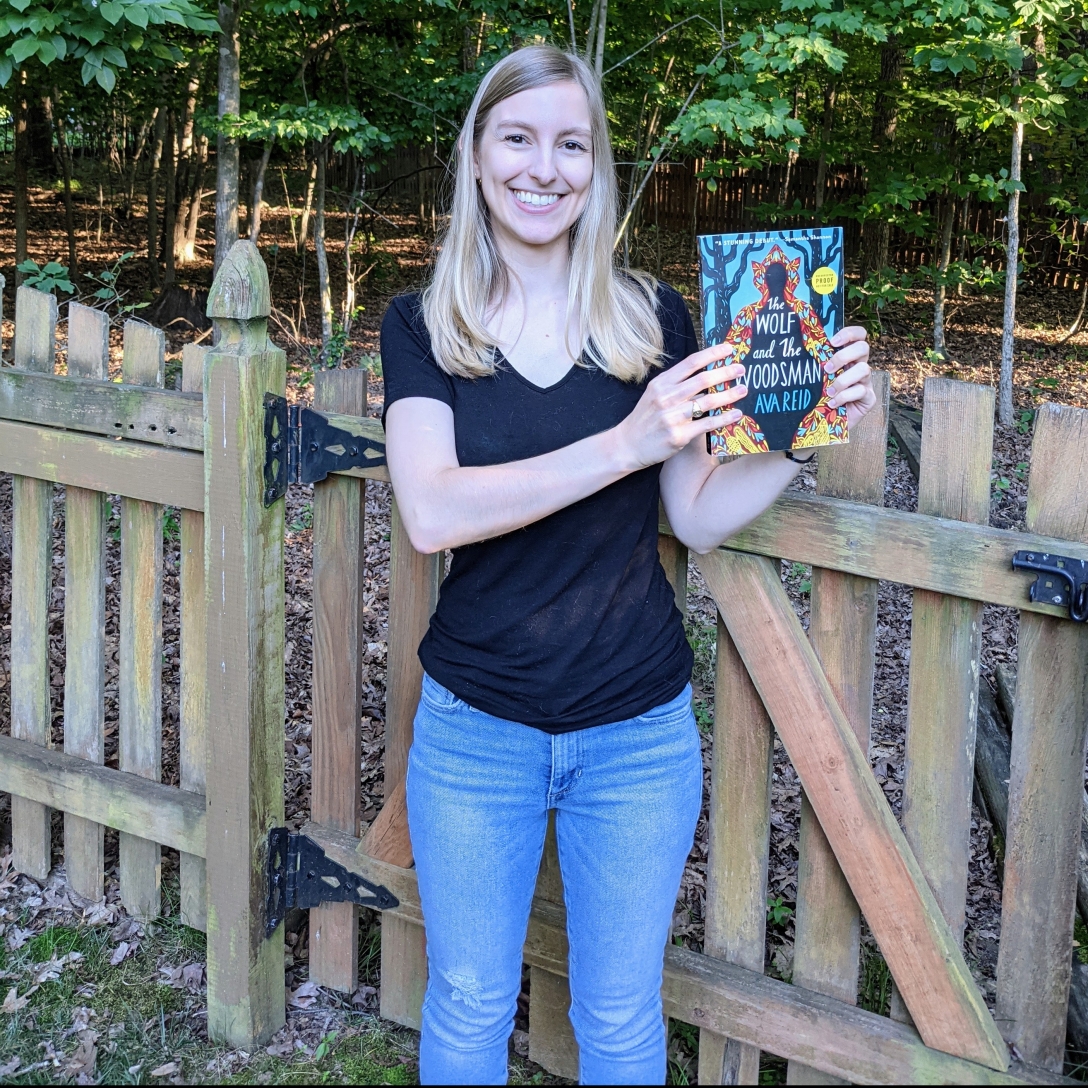 What an amazing debut! When I first heard about this book, I knew I needed to get my hands on it.

It’s based on Hungarian history and Jewish mythology. The story follows Evekie, a so-called wolf-girl who lives in a pagan village in the middle of a forest. Every couple of years, the Holy Order of the Woodsmen come to collect a wolf-girl to bring back to their king, and this year, they come for Evekie. But Evekie soon realizes that the captain is actually the prince Gaspar, who’s trying to keep his bastard, blood-lusting brother from taking the throne and causing genocide. And Gaspar soon realizes that Evekie is not what she seems: she’s the only wolf-girl who’s barren of magic.

This book has pretty much everything I look for in a story. I’m a sucker for creepy forests, and not only do the woods in this story have dark magic and creepy monsters, but walking trees! The story is rich with stories and a tangle of three different religions. The plot and the religions echo history, and the Yehuli people are a stand-in for the Jewish people, which makes the story all the richer and more meaningful.

I loved that Evekie is 25; I’m always on the hunt for more new adult stories. I loved the Prince Zuko vibes of Gaspar, and the way their relationship often reminded me of Jon Snow and Ygritte from Game of Thrones.

I haven’t even talked about Reid’s writing yet! Her prose is absolutely gorgeous and lyrical. Even when she’s writing about dismemberment and blood (which happens quite often, as the plot of this book is brutal) her writing is still beautiful. The way she carves images and the landscape on the page is *chef’s kiss*.