It’s no secret that I love books and that I’ve been getting more into sci-fi and space stories.

If you’re looking for a sci-fi novella set in space, I’ve got you covered.

The Stellar Snow Job follows Eddie, a pilot of her spaceship called the Colibri, and Richard, a private investigator, as they start a new job. It also follows Alannah, a travel writer. ⁣

⁣I loved the characters, and though the story had its darker moments, this is a fun, adventurous, and humorous story.

In between the POVs of Eddie, Richard, and Alannah, we also have snippets from Alannah’s travel writing. I loved these sections; I felt like they solidified the world even more and added commentary on humanity, a theme that was woven throughout the story.

I was so impressed by the worldbuilding. In 158 pages, I felt like I knew the world better than some full-fledged novels I’ve read. I enjoyed getting to know the characters, especially Eddie, and there’s also queer rep and rep of an auditory processing disorder. ⁣

⁣Thank you so much to Marie Howalt for sending me an e-ARC in exchange for a review. 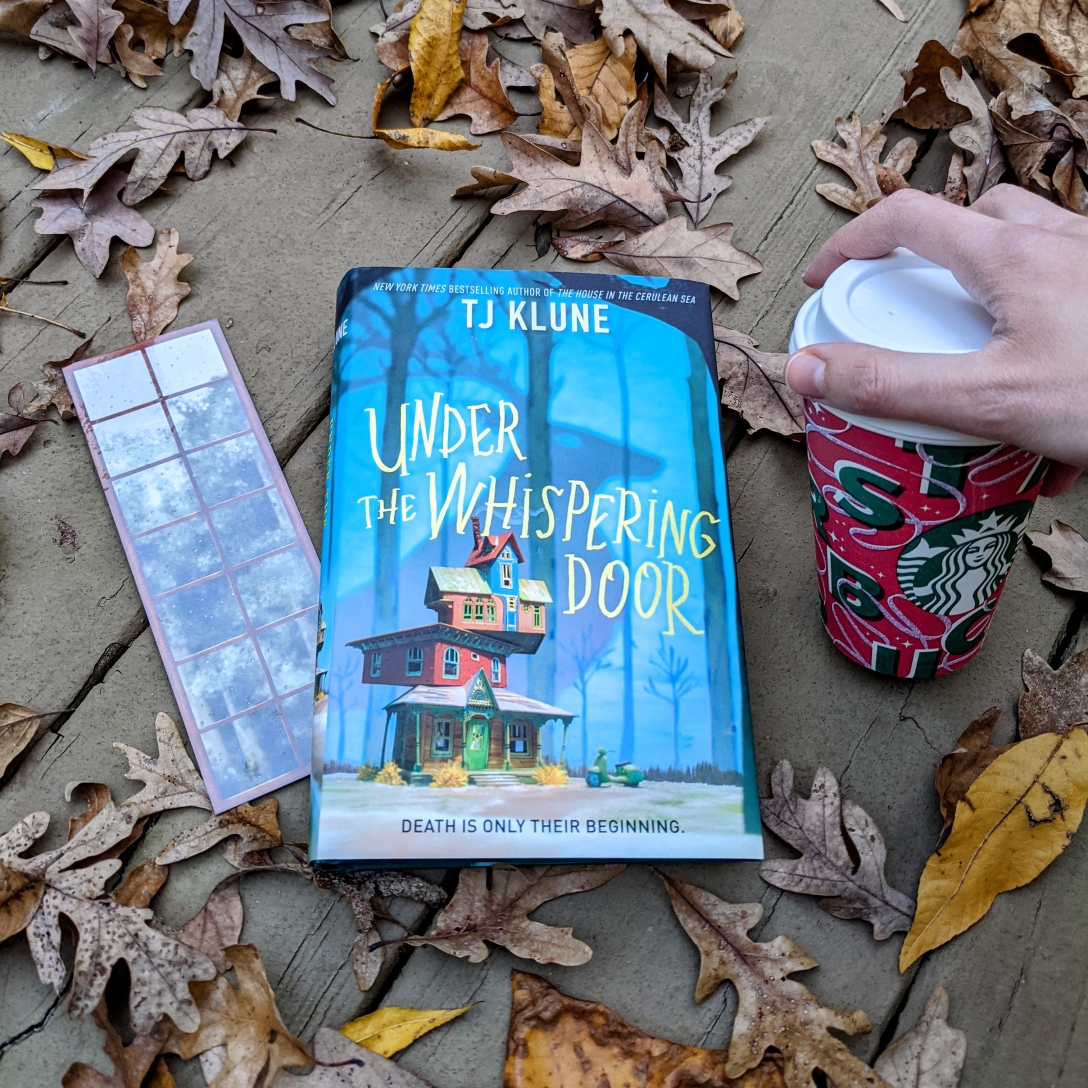 Can you believe I managed to find Under the Whispering Door at a used bookstore? You bet I snatched it up the minute I saw it!

I don’t have a single bad thing to say about this book. I loved The House in the Cerulean Sea when I read it; it was such a whimsical and refreshing read. And this one was the same. It deals with some very heavy themes, and the main plotline deals with death, the afterlife, and grief. But Klune’s classic, quirky writing made this book such a joy to read.

The humor in this book is hilarious, and with much more adult humor than in The House in the Cerulean Sea. I found myself laughing at jokes in nearly every chapter.

The characters are all well-rounded, with bright, distinctive personalities. Wallace, the main character, has a great character arc, after starting out as a workaholic asshole. And of course, the main setting of this book is a tea shop, and as a tea lover, I loved reading about Hugo—a ferryman and the owner of a tea shop called Charon’s Crossing Tea Shop.

Like The House in the Cerulean Sea, Under the Whispering Door focuses on a found family. Though not quite as unique, with a lot of similarities to the former, this was a 5-star read based on the enjoyability of this book alone.

I highly recommend it if you’re looking for a slow-moving, character-driven, philosophical novel that explores what happens after death, with positive queer rep and dynamic characters.