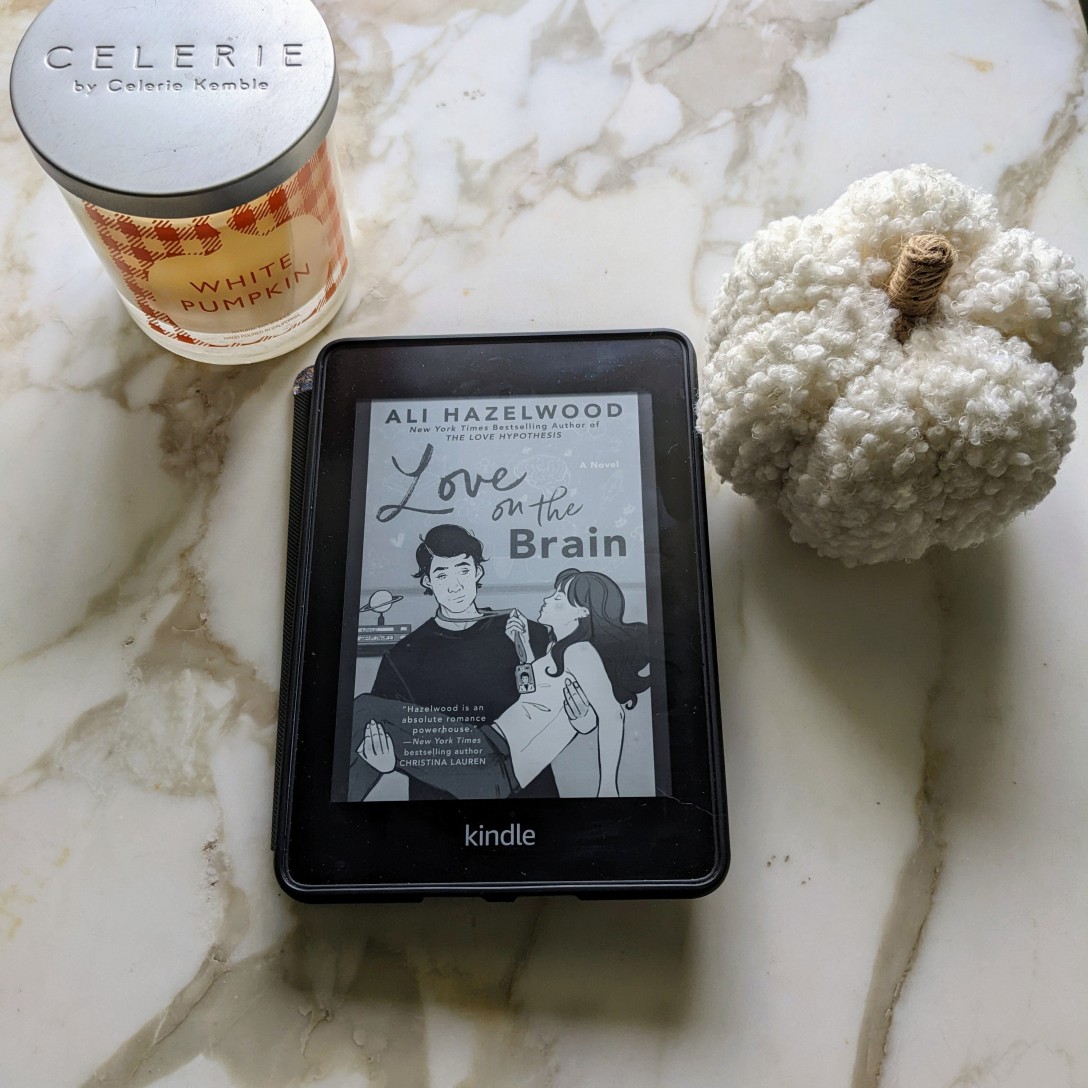 Since I’m unfortunately recovering from lung surgery, I decided that continuing with my rom com binge and sticking to more lighthearted reads might be a good idea.

I read The Love Hypothesis earlier this year and was pleasantly surprised. The writing was easy and accessible and the story was funny and heartwarming.

Needless to say, I picked up Love on the Brain. And I have to admit…I’m a little baffled.

Was this fun to read? Yes. Like its predecessor, Love on the Brain contains so much interesting science talk (as well as a focus on neuroscience) and you can tell Hazelwood knows what she’s talking about.

That being said, I got major déjà vu when reading this book. I kept thinking, “Have I read this before?” There were so, so many scenes, moments, and plot points that were almost the exact same as The Love Hypothesis.

Now: yes, I am aware that both books started out as Reylo fanfic (but I like to keep an open mind!). So I knew there would be some similarities. However, both of the main characters, Bee and Levi, were nearly carbon copies of the main characters in The Love Hypothesis, except Bee somehow managed to be a more unhinged version of Olive.

At least I liked Levi’s character. But there was also a plot point at the end that was honestly so ridiculous that it made the story unredeemable for me.

Final thoughts: It started off as a fun read, but I wasn’t able to enjoy or get sucked into the story because it was just a worse version of The Love Hypothesis.