As cooler weather approaches, I’ve been in the mood for crime fiction. This is the second Tana French novel I’ve read in a month. The first in her Dublin Murder Squad series, In the Woods follows Detective Bob Ryan and his partner Cassie Maddox as they investigate the murder of a twelve-year-old girl found dead in the woods…the same woods where Ryan’s two childhood friends went missing years before. I didn’t enjoy this as much as The Witch Elm, but I’ve heard this series only gets better, and I think it’s one I could easily binge this fall.

Are you a mood reader?

Toby is the kind of guy who has always had it easy. He’s always been fairly popular, successful at his job, and has never had to worry about money. Until one night, when he’s beaten so badly in his apartment that he nearly dies. Afterwards, he experiences amnesia and some brain trauma. Following his accident, Toby learns that his Uncle Hugo is dying of brain cancer. Toby and his cousins return to Uncle Hugo’s Ivy House, where they spent their summers growing up. When they find a dead body in the Witch Elm on the property, everyone in the family is a suspect–and Toby, it seems might be suspect number one.

I couldn’t put this down. The Witch Elm is the kind of book that rewards you the more you read, as the events in the beginning seem unrelated at first and slowly become more and more a part of the larger plot. What I really love about this book is that French’s characterization is fantastic. Toby is an often unlikable and undeniably realistic character who I’m pretty sure I would hate in real life. After Toby’s accident, he’s forced to examine how he’s treated others over the course of his life.

There’s also the murder aspect of the book, which twists and turns the more you read. Because of Toby’s amnesia and other evidence, Toby is immediately one of the top suspects in the murder, and he graps at nothing as he tries to remember what he might have done. On top of it being a who-done-it-book, at its core The Witch Elm is a complicated family drama about the secrets families keep together and the ones they keep from each other.

I’ve already put In the Woods, at hold at the library, the first book in Tana French’s Dublin Murder Squad series. I can’t wait to read her backlist!

Anna: July was a crazy month for me! Work was super busy, but I also took a mini-vacation to the beach! My wedding is only three months away now and it’s starting to feel so real!

Reading always helps me stay calm when there’s so much going on in my life. I also read a wonderful mix of genres this month!

The Eye of the World by Robert Jordan

The Kiss Quotient by Helen Hoang (not pictured)

The Dry by Jane Harper

What were your July highlights, reading wise or otherwise? 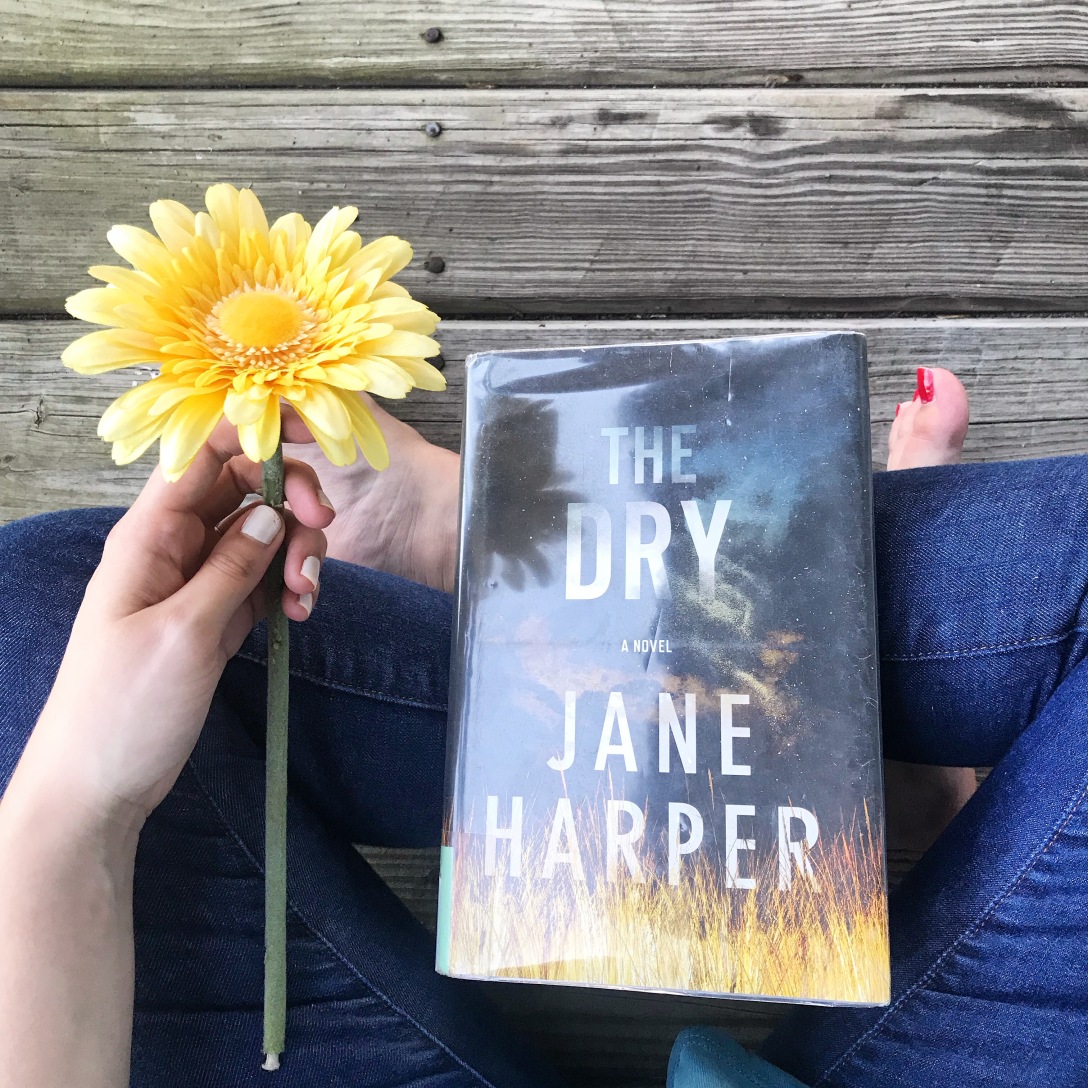 The Dry has been on my tbr for a long time, and I’m glad I finally got around to reading this one!

The Dry is crime fiction set in Australia. Federal Agent Aarron Falk returns to his hometown for a funeral of a childhood friend, Luke. Luke allegedly killed his wife and son before turning the gun on himself. Aarron hasn’t been back since he and his dad quickly left town after Aarron was linked to the death of a girl in town. The reader soon realizes that the past and present are more closely intertwined than they might seem.

If not a tiny bit predictable, this book had rich characterization and the parallel storyline captivated me from beginning to end. I would pick up the second book in this series at some point. I don’t recommend reading this book in the height of a hot and humid Virginia summer.