I recently read The Unhoneymooners, which is undoubtedly the most popular of Christina Lauren’s books. And I really enjoyed it. It was the perfect beach read, and there were definitely a lot of actual laugh-out-loud moments.

So I decided to pick up Love and Other Words. And it’s definitely my favorite of the writing duo known as Christina and Lauren.

The story follows two different timelines. In modern day, Macy is a busy pediatrics resident stuck in a routine relationship. Back when she’s thirteen, Macy is struggling to deal with her mom’s recent death when she strikes a friendship with bookish Elliot. Eventually, their relationship becomes more. But in the present timeline, Macy has been estranged from Elliot for a decade, and when she unexpectedly runs into him, she has to face both him and her past.

The alternating timelines work really well for the story. Macy and Elliot’s characters already have a lot of tension between them, but the timelines and the mystery of what happened to their relationship ups the tension even more.

Part of why I loved this book was the past timeline. Reading about their growing friendship feels so realistic, sweet, and sometimes awkward, but true to their characters and to life. Their shared love of books and words makes for a solid foundation and a fun story to read.

As for the modern timeline, both Macy and Elliot are absolute messes, and it was both fun and heartbreaking to read.

I only have two critiques, and one is relatively small. As a Greek American, I was excited to read about Elliot Petropoulos. I loved reading about his family’s dynamic, but I thought there was a missed chance to explore his Greek identity, even if it was just a little bit. His family didn’t even have spanakopita or baklava when they hosted Thanksgiving! There was a mention of peeling potatoes that I thought might have been a nod to My Big Fat Greek Wedding, but I kept waiting for him or his family members to make a joke about being Greek.

The other is the reveal/plot twist at the end, which was definitely an…interesting choice. The ending really needed to be expanded on in order to give both Elliot and Macy more time to unpack what happened and really deal with their trauma, especially Elliot.

That being said, this story about childhood sweethearts made me feel all the feels. I found myself wholly engrossed in the writing and in Macy and Elliot’s story and relationship.

This massive book (at 672 pages) is set in Victorian England, as well as Scotland, Tokyo, Mississippi, and other places, in the late 1880s. It follows magical children called talents who can manipulate flesh in different ways. It’s the job of a woman detective named Alice Quike and a man named Frank Coulton to find the children and bring them to Cairndale, an institute in Scotland–before the kids are caught by the man of smoke who’s hunting them.

This book is crazy. There are many, many POVs, including Alice, Frank, and a slew of children including two main characters, kids named Marlowe and Charlie.

The beginning of this book details the beginning of all of the kids’ lives. The kids all have something in common: they’re orphans. And most of them have struggled to survive and have faced discrimination and cruelty.

On top of the many perspectives, the book also bounces back and forth between timelines.

The historical fiction aspect of the story is written extremely well. I could picture the sooty, grimy streets of London and the other cities. The characters also all speak distinctively; Miro does utilize dialects for several. Even though I’m not usually a fan of that, it does fit very well with the Dickenson feel of the book. The settings and time period also fit well with the depressing and dark nature of the story.

I’m honestly not sure how to rate this book. I did really enjoy the writing style, and despite the massive amount of POVs, I was interested in every character. The fight and action scenes were also written well. I loved Marlowe and Charlie’s characters the most.

Yet, I felt like the backstories could have been cut in half and I would’ve understood them just as well. Despite the copious amount of worldbuilding and character building, I was still a little confused about several aspects. Character motivations were muddled or often revealed late in the story (which was on purpose, sure, but sometimes didn’t work well for me). There was also a trope in the epilogue that I’m not a fan of.

That being said, if you like sweeping historical fantasies, I still think it’s worth a read! There were so many good scenes and the characters are all well-rounded. 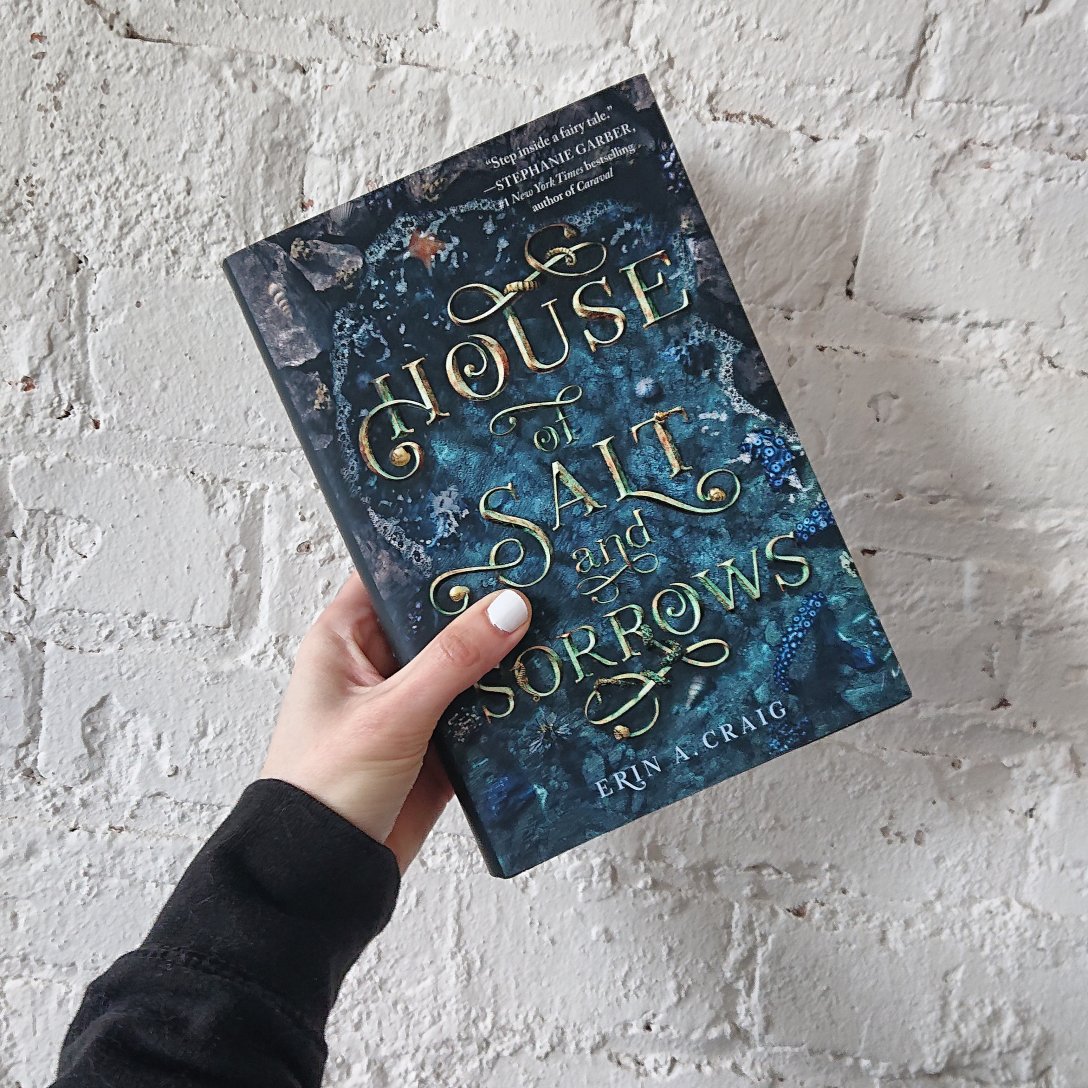 I hope everyone is staying safe and healthy. I’m currently on an extended Spring Break, and my classes have all been moved online for the rest of the semester. While I’m bummed about that, it means I have more time to read and post on here. Without further ado, let’s start the review!

A dark, gothic fairytale retelling? Very up my alley!

Annaleigh lives in Highmoor, a manor on an island by the sea where the people worship a sea god. She used to be one of twelve sisters, but four of her sisters have died tragic deaths. When Annaleigh’s younger sister begins seeing ghosts, she believes that her last sister to die was actually murdered. In between dancing in myserious balls with her sisters, Annaleigh works to uncover the dark truth.

I really enjoyed this book! I it had a lot of twists and turns, and while I guessed two of the major plot points, the rest, particularly at the end, were great and surprising.

I loved the cast of sisters. They felt very Jane Austen to me, especially when they prepared to go to the balls. Craig’s descriptions of Highmoor and the world around them brought this fantasy world to life. I loved the octopus imagery and the descriptions of the sea. While most of this book was dark and gothic, there were fun ball and festival scenes in between. I also enjoyed learning about the gods and mythology of this world.

I should’ve known from the book’s description, but this book is full of (in-depth) murder and death. So if you’re not into any type of horror, then this isn’t for you.

My only critiques are that the romance was a little too underdeveloped and cheesy for my taste, and the dialogue in certain scenes felt a little flat. But if you’re looking for a fun fairytale read that doubles as a horror/murder mystery book, then pick this up! Its beautiful cover is never leaving my bookshelf. 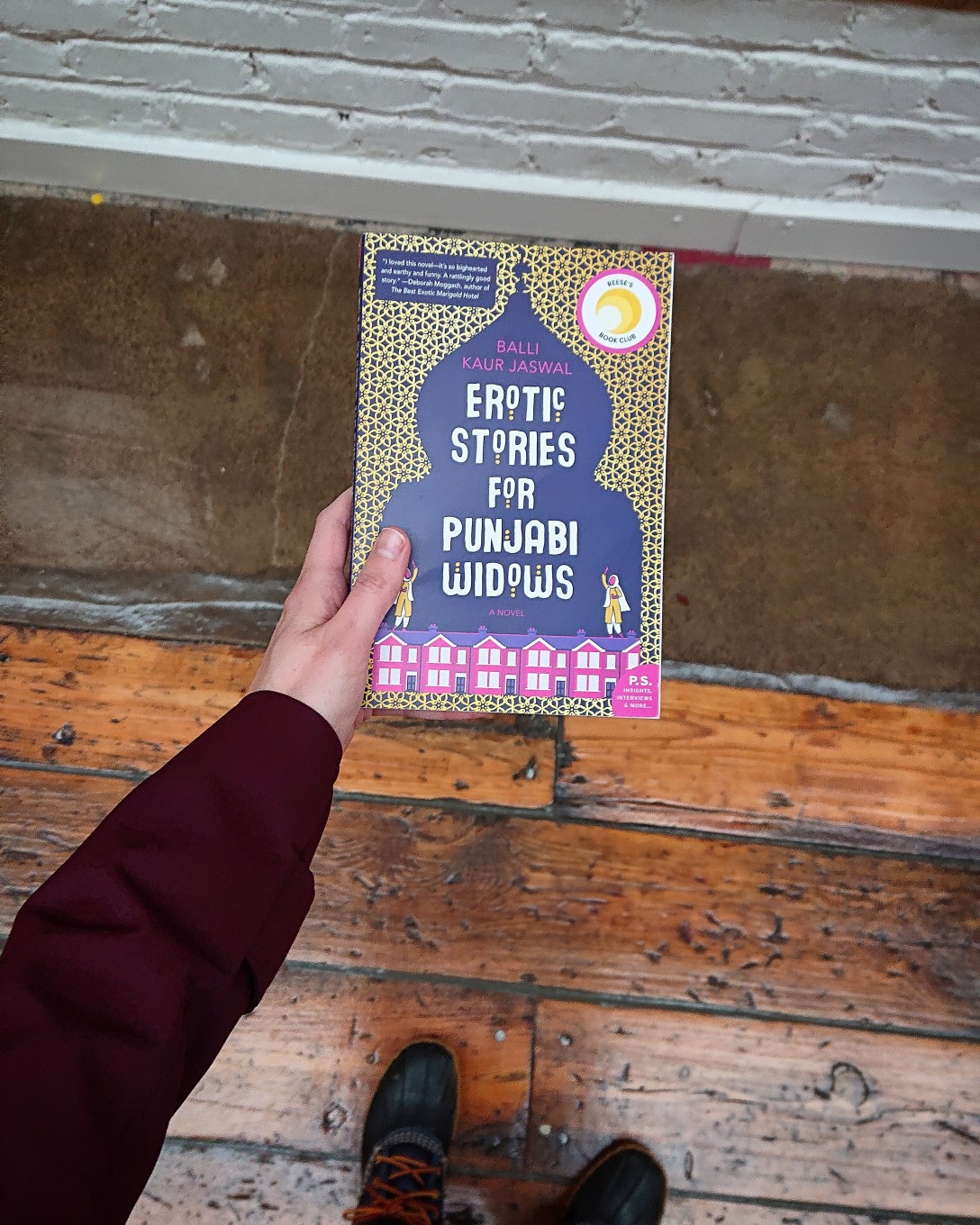 Hi, everyone! I know Anna and I have been MIA for a while, but with me being in grad school and Anna freshly married, we’ve been a little busy! Thankfully, it’s my Thanksgiving Break (no pun intended) so I actually have some fun reading time. Now, to jump into the review…

I had the opportunity to go to a reading by Jaswal, and I’m so glad I did! I got to hear her read from this book, and it really helped bring the characters to life.

Nikki is a British woman, the daughter of Indian immigrants. When she drops out of law school and then her father dies, she starts working as a creative writing teacher. However, she quickly realizes that most of the Punjabi widows who signed up for the class can barely read English.

By the book’s title, you can probably tell where this is going. I love Nikki’s character, and I respect her trying to straddle her traditional Indian community with her modern British community. Her sister, Mindi, is a good foil to Nikki, as she searches for an arranged marriage throughout the book.

Overall, there is a lot of humor in the book, and I enjoyed the characters and the widows’ stories, as well as the glimpses we get of their inner lives. This book isn’t fast paced, and because of that, we really get to know Nikki as a character. By the halfway point, more community tensions start appearing that add another layer to the book.

I really liked the first ¾ of the novel, but the last quarter was a little too melodramatic. A lot of the events that happen feel very soap opera to me. And since the rest of the book rings very true, this threw me off a bit. And because of that, I knocked this review down to 4 stars.

I also found Nikki’s reaction to the gossip about Jason too overblown. She knew that the gossip the widows spread isn’t always 100% reliable, and yet she takes their gossip and just assumes the worst of Jason. I like the Pride & Prejudice style letter that he writes to her, however!