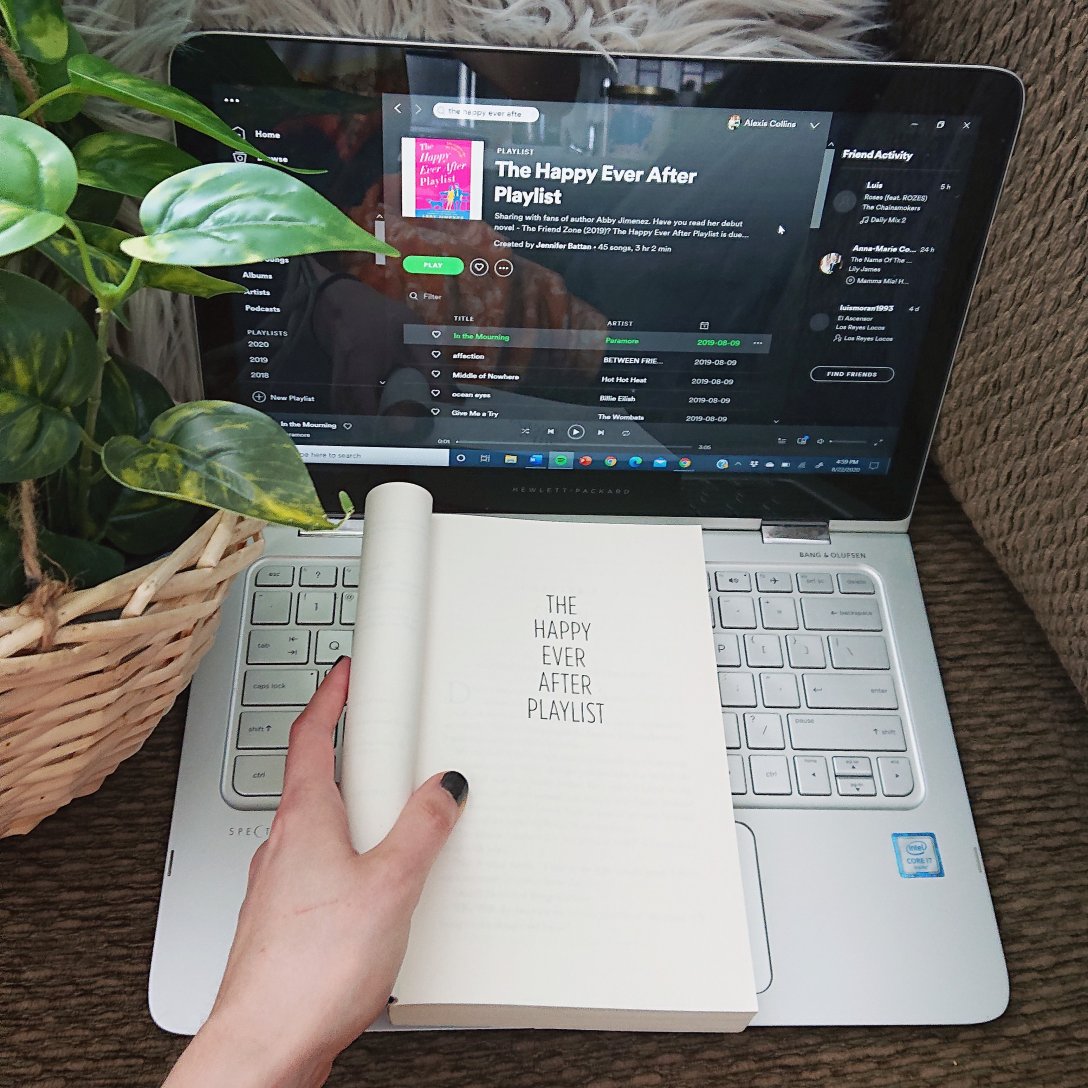 The Happy Ever After Playlist was another beach read chosen by my mom. When she finished reading it, she handed it to me and said, “Wow, I actually really liked that one!”

For fun, I looked it up on Goodreads, only to find out that it’s actually a sequel. But at the end of the book, Jimenez said that she wrote this one first. Regardless, I don’t think you need to read the first one at all to enjoy this one!

This was such a fun read. Under each chapter title is a song to go with the aesthetic of the chapter. I was so excited to find a number of some of my favorite songs included in the playlists. I ended up listening to most of the songs on Spotify when I started each chapter. Turns out, there’s an actual playlist for this book, so I definitely recommend checking it out!

Sloan’s fiance died two years ago, and on the anniversary of his death, she almost runs over a dog named Tucker. She takes the dog in and learns that his owner is a musician currently on tour in Australia. The chapters alternate in POV between Sloan and Jason as they get to know each other and fall in love pretty quickly.

This is pretty much everything you could want in a rom-com: dogs, drama, flirting, chemistry, music, and complete with some classic rom-com tropes later down the road.

The dialogue was hilarious, the chemistry between Sloan and Jason was certainly there, and I loved the whole playlist idea. The second half was a little more dramatic than I usually like, but I enjoyed reading this book until the end.