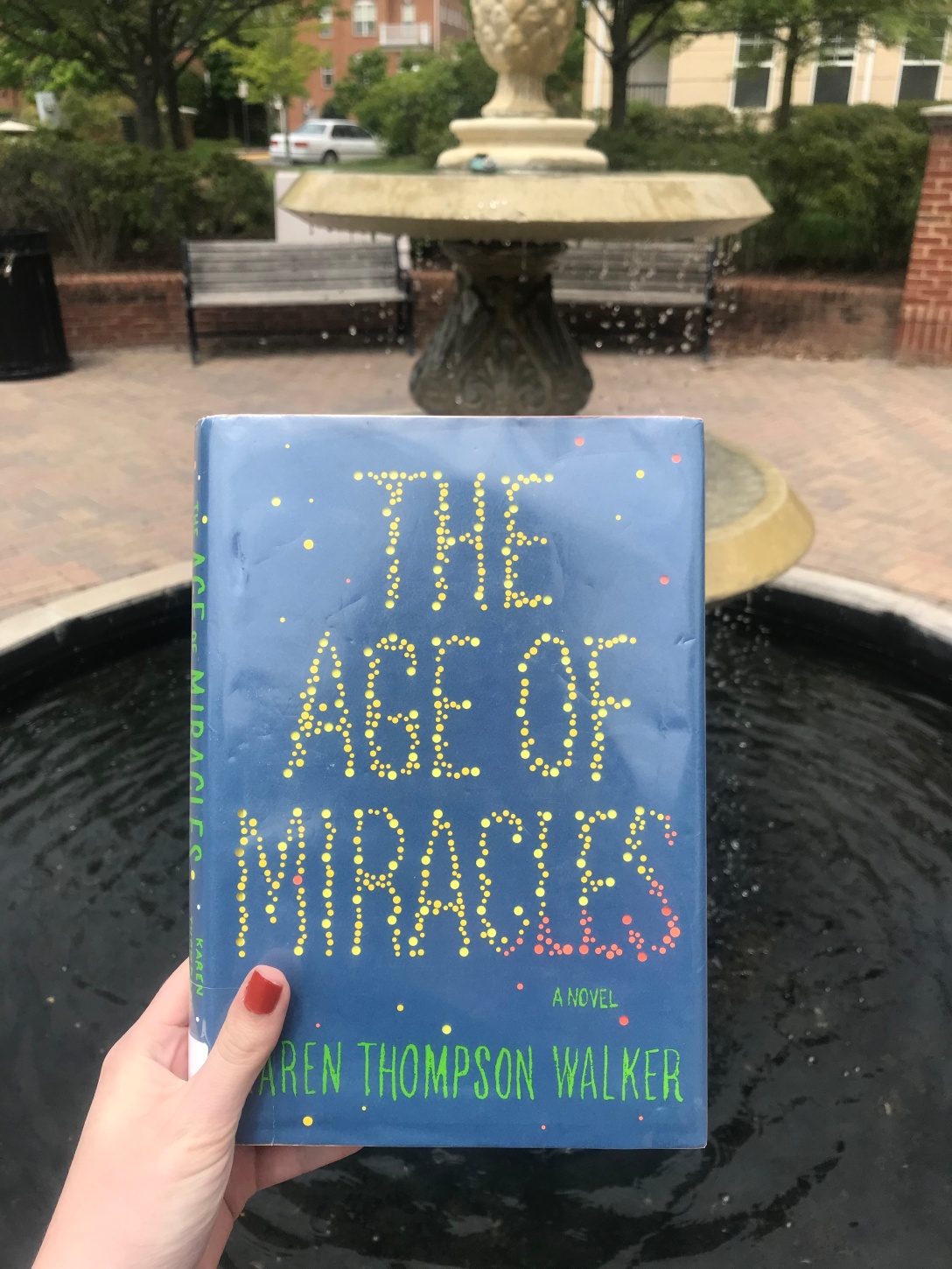 Anna: I love apocalyptic fiction, but I heard so many conflicting opinions about this author’s recent release, The Dreamers, that I decided to start with her previous novel.

The Age of Miracles has a lot of potential. At surface level, this book sounds like something I should love. It’s a character drive coming-of-age apocalyptic novel with a young and likable female protagonist, Julia. When earth’s days begin to slow and lengthen, society is split into people who follow the new system of “clock time” and people who abide by the sun and follow “real time”. Those who chose to follow real time are alienated, and the mainstream clock timers begin to exhibit symptoms of a gravity-driven disease.

This book scratches at the surface of something, and then fails to focus on the right things. When something interesting involving the end of the world happened I kept thinking, “we’ll get to that soon” but over and over again, we don’t. The societal division between clock time and real time is such an interesting idea, for example, but it is hardly explored. So much of this book feels like it’s on the surface of something but instead of diving deeper turns away and continues to explore the mundane and expected.

Another big problem I had is that many of the characters just don’t feel believable, besides Julia, who is about only thing about this book that feels real. Julia’s parents are poor stereotypes of a heterosexual marriage. Julia’s mom is always worried, anxious, and nagging her father, while her father is factual and completely robotic. I found it absolutely ridiculous and unbelievable that Julia’s father is completely unworried by the end of the world. HELLO, who wouldn’t be freaking out if Earth’s gravity shifted, people began to get sick, and the days unexplainably lengthened. The fact that he isn’t concerned at all about any of these things drove me insane. The author continually makes Julia’s mom out to be crazy for her anxieties, but since she’s the only character who seems scared by the impending doom, she’s one of the only characters I feel I can trust.

Don’t get me started on Seth. Walker just couldn’t decide what kind of character she wanted him to be. For such a character-driven novel, I expected more dynamic and complicated characters, and this isn’t the case. Both the plot and the characterization fall short.