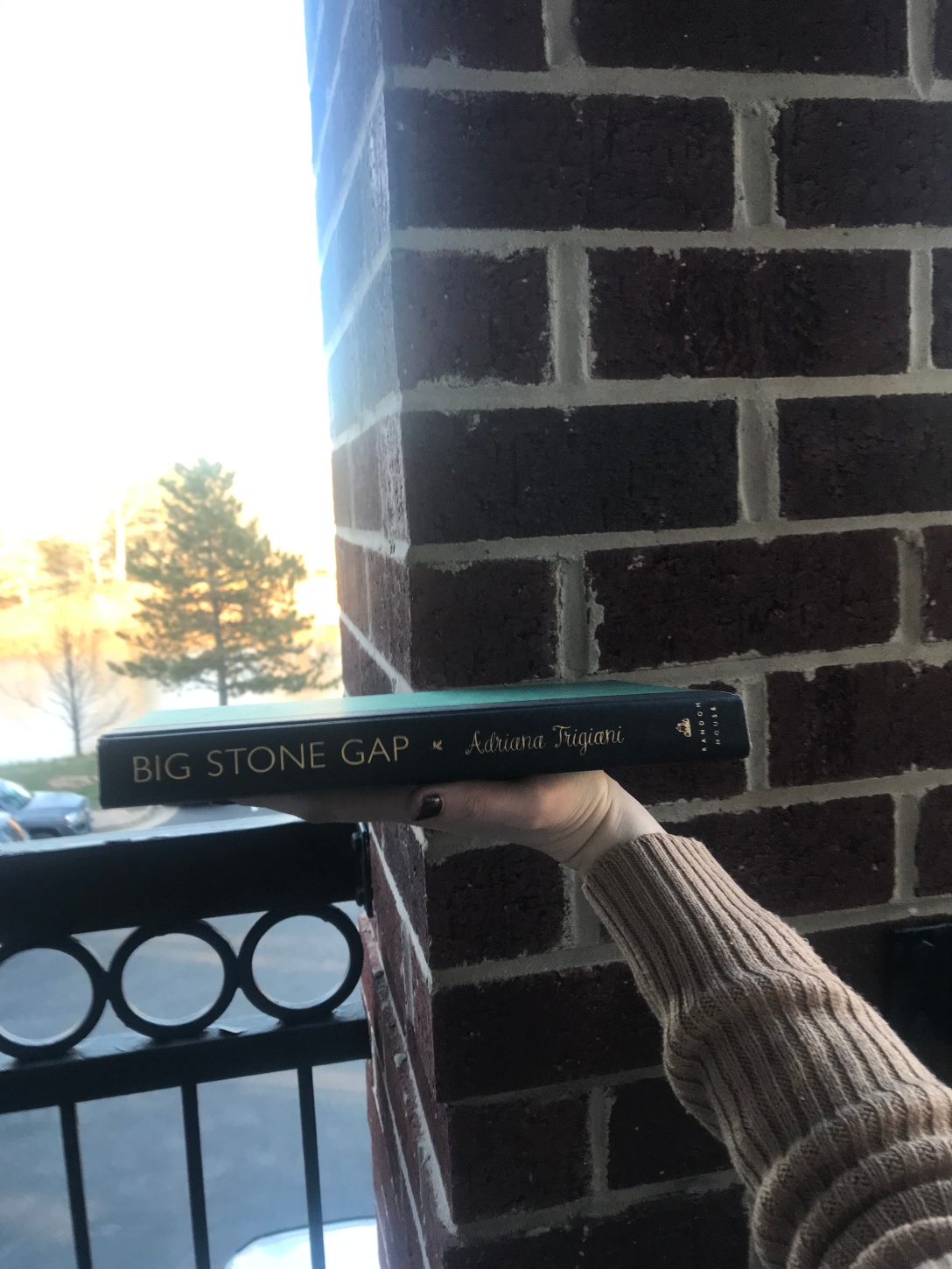 This was the perfect light read as I adjusted to my new job–one that I could pick up after a long day of work before bed. A mix of Gilmore Girls and Mama Mia, I enjoyed following the adventures of Ave Maria, the “town spinster” in her mid-30s in the rural mountain town of Big Stone Gap, Virginia. After the recent passing of her mother, Ave Maria is the only Italian left. Like any other small town, everyone in Big Stone Gap know everyone else’s business. So when Ave Maria discovers some long-buried secrets about her own identity, the rest of the town is quick to find out.

Parts of this book are downright hilarious. The part when Elizabeth Taylor comes to town actually had me laughing out loud. The same goes for the dog incident and the chicken bone incident. Classic.

I love the Bookmobile, and the fact that Ave Maria loves books. I love her devotion to her town and her mother, despite their faults. I love that Ave Maria is named after a prayer. I love that, because she’s an Italian in the mountains of Virginia, no one can pronounce her name. (My name is Anna-Marie–I can relate.)

Ave Maria does get a little annoying in her stubbornness to remain single,This would have been fine if she truly didn’t want a partner, but her actions tell otherwise. Sadly, she seems more jealous and vindictive toward love more than anything else. She turns men away and insists she’s happy, only to get jealous when those men turn to other women. There are parts of her character that I like and identify with, as I mentioned above, and then there are aspects to her that get really annoying, like her inability to notice what is literally in front of her nose.

Though I enjoyed Big Stone Gap overall, there are some things I can’t get past, which I’ll call here Early 2000’s Problems. It’s kind of like when you watch Gilmore Girls or an old rom com and you’re shocked at how something that you used to regard as so wholesome is actually filled with culturally insensitive, racist, and homophobic jokes. It’s not okay, but you have to approach these things in the context of time and how far we’ve come as a society in accepting people, even since the 2000s (and Big Stone Gap takes place in the late 70s).

Also very 2000’s is Trigani’s assumption that men and women live like species from different planets. There are literally lines such as, “this is how all men are,” and likewise, “ this is how all women are,”  this just isn’t the case! Again, I think that this has to be attributed to the time period (either that, or I just haven’t read a romance in a long time). There’s also an undertone in here that men are objects to be won by women and vice versa, which presents a big problem.

Despite the outdatedness, I still did enjoy reading Big Stone Gap, and I would recommend it if you’re looking for a small town southern romance.

The fact that Jack essentially bought Ave Maria’s heart when he paid for all her Italian relatives to visit.

The fact that when the family showed up Ave Maria’s own plans were completely pushed aside.

The fact that as soon as Ave Maria cemented her love to Jack, Jack’s mom IMMEDIATELY died, because she knew Jack was in love and didn’t need her anymore.

I totally thought the best friend and band director was going to come out as gay. Maybe he still does later in the series…?

I love Pearl, except that she is the token fat smart girl who discovered makeup and it made her life better.