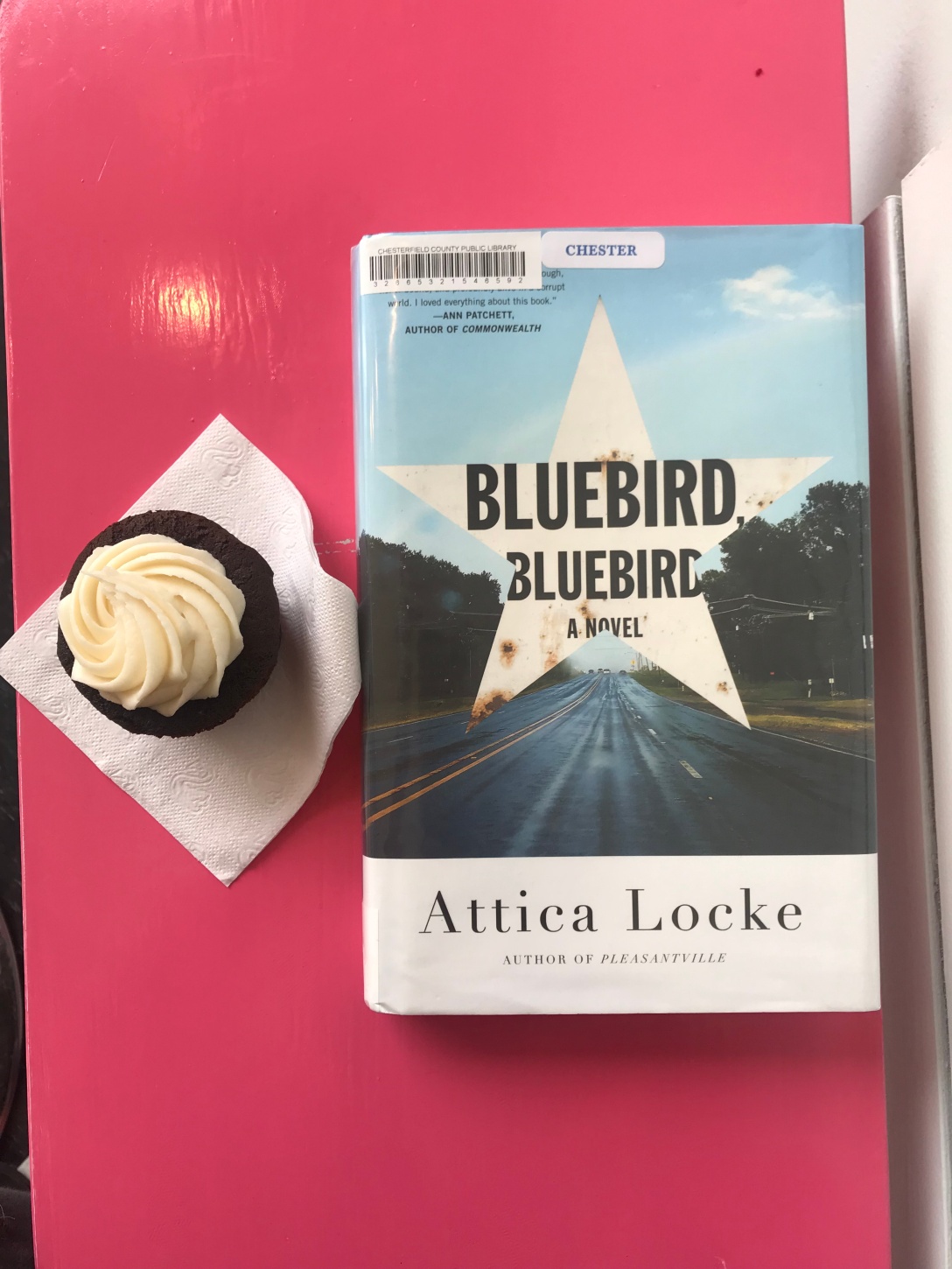 Anna: This month, my fiancé and I read Bluebird, Bluebird by Attica Locke. This is the first in a new noir series about Darren Matthews, a black Texas Ranger in East Texas. Darren’s job is on the line when he is sent to the rural town of Lark to investigate the murder of two people, a black lawyer and Chicago-resident Michael Wright, and a local white woman named Missy Dale. The people of Lark are frustratingly secretive. To further complicate things for Darren, Michael’s wife, Randie, is already trying to find out what happened to her husband.

Bluebird, Bluebird is about race, family, and justice. While I found all the topics important and the plot okay, I wasn’t thrilled by the writing style, which is why I ultimately gave the book three stars. Most of the characters felt glaringly one dimensional, especially the women.

The weakest character is Lisa. Not only is she extremely one dimensional and mostly nonexistent, but she’s the stereotypical “wife”. She’s mad at Darren because he just wants to ”roam” and live his life and she just wants him to come home and be safe. Um, no. I know this takes place in the south, but still. You’d think a man wrote this.

This use of recall and memory also made it hard to care about some of the secondary characters like Joe and Joe Junior. The reader never sees them, and their stories are told in such an indirect way that I found it hard to care.

The writing in general is super tell-y. I felt I was being alternately spoon fed and smacked over the head while being told, “this is what this means!” I would have liked to draw these conclusions myself.

One of my huge pet peeves in books is when a twin dies and the other twin is dating the dead twin’s former lover. Ahem, J.K. Rowling, I’m looking at you. As a twin, this is super annoying because TWINS AREN’T INTERCHANGEABLE. In this book, Darren’s twin uncles, William and Clayton, raised him. His Uncle William is dead, and William’s wife Naomi is dating Clayton now. I hate this.

The discussion of race relationships and how the justice system treats black people unfairly.

The fact that Randie and Darren didn’t fall in love. I would have just stopped reading then and there if that happened.

That Darren had noticed the tree in his yard where Mack had buried the gun, but left it alone. I think that was a great twist and a clever way to end the book and say that justice is complicated.